Motorola has launched a unique model in the “Z” series, which’s upgradeable up to 5G, at a midrange phone price. Moto Z4 has added some new features to its latest model and upgraded it well over its predecessor model. Moto Mods are converting this cheapest phone into a 5G phone. Our Moto Z4 Review will enable you to decide your companionship with the phone in the future.

The Moto phone is a simple designed conventional phone with Z series signature features. The traditional design is evident as it needs to be identically designed at the rear, pins at the bottom, and a circular camera bump used to connect Moto Mods and upgrade the simple Moto Z4 to 5G phone.

A larger display of 6.4-inch OLED spreads over teardrop notch and an on-screen fingerprint with low price.

The Moto Z4 has more apparent differences, but the design is still not far different from the original Motorola Z phones. The Moto Z4 review of 2020 has proven it a good 5G phone.

The main changes are in the display as the Moto Z4 is the first Motorola phone with a notch and the rest of the phone design is of the Z series.

As for the smartphone is concerned the thickness or weight, it is not a big deal to cope up with, but the Z series needs to be a thin one as it will be clamped with Moto Mods at the back, which increases its girth and the bigger ones, speakers and projector Mod will fat it more.

Z4 follows its ancestors with front and rear glass and aluminum in the middle; the backside of the Z4 phone is no longer lustrous. Unfortunately, the on-screen fingerprint is more vulnerable to scratches and can irritate in no time.

The software of the Motorola Z4 is making up the depth difference with its predecessors by merely increasing its dual camera from 12MP to a single 48 MP lens. The front-facing lens is boosted up to 25MP with a headphone jack at the back and increasing the battery capacity.

The front-facing 25MP camera is an upgraded model over the 8MP shooter of the Z-series in the past. It’s better for capturing more complex background lighting and making admirable use of software-powered depth.

The Motorola Z4 mobile phone is released with just Snapdragon 675 featured with other phones of the same price. The predecessors of the Z4 are with Snapdragon 835 chip. The phone is with 4GB RAM, which is not great but yet proved useful in tests.

The phone is good with speed as it is 5G supported after connecting with Moto Mod. The latest Samsung Galaxy phones S21 5G series is available at much higher prices, and the Z4 is competing with much lower prices. As the 5G Moto Mod is available at a separate cost, the Z4 becomes the second-cheapest 5G phone to access the next-gen networks’ high speeds, behind the world’s first 5G phone, the Moto Z3.

In short, you will not lose any thing after picking up the Moto Z4, but still, it has other very competitive options in the market.

The Moto Z4 is the most significant upgrade over its predecessors with its 6.4-inch OLED screen. There is no squared-off header any more of a traditional Motorola phone and is replaced by more attractive rounded edges and a notch.

The Moto Z4 has not changed its 1080 x 2340 resolution with Full HD+ and is spread out over an expanded screen real-estate and technically not sharper; the multimedia is not crisp QuadHD-touting flagship phones when looking at high-resolution content.

The phone has an on-screen fingerprint, which is more vulnerable to scratches and can affect its sensor system.

5G users and Verizon subscribers should pick up the $349 5G Moto Mod, which must be attached for users to connect to Verizon’s 5G network. Moto Mod is discounted with Moto Z4 when both are picked together. Moto Mod has a 2,000mAh battery suitable for the super-fast upload and download speeds on 5G networks.

One of Moto Z4 packs’ bumping advancement over its predecessor is its 3,600mAh battery, up from the Z3’s 3,000mAh capacity. The increase isn’t so significant because the Z4 will undoubtedly last through a day of regular use.

The battery of Z4 is also expandable with Mods pack, and it adds 72g to its original weight of handset and up to 2000mAh battery capacity.

The Moto Z4 phone is charged through a USB-C cable or Mods because it has no wireless charging option. Yet it does support up to 15W fast charging with the included Turbo Charger.

The Moto Z4 phone is sold through Verizon just like its predecessor, Z3. After it launched on June 13, 2019, in the USA with local area sales, it is now available in other parts of the world.

The Moto Z4 costs $499 whether you are buying through Verizon or unlocked and only comes in default settings of a single configuration, 128GB of storage, and 4GB of RAM.

For sure, the difference is noticeable, and you must buy it through Verizon because the 5G Moto Mod is compatible with the Verizon Z4 phone, and the other unlocked phone would not recognize the 5G Moto Mod.

The 5G Moto Mod is on sale worth $349 on Verizon’s site and in a Verizon store. Still, it is only useful when you have a compatible phone (for now, only the Moto Z4 or Moto Z3). Verizon is giving a bundle package with a discounted price when buying both Moto Z4 and Moto Mod.

With Snapdragon chipset and higher-megapixel rear camera, the Moto Z4 is a perfect phone with midrange price, and the rest of the phone’s design and features are just like its predecessors. The best of the phone advantage is its compatibility with the 5G Moto Mod, making it the cheapest phone to get 5G. 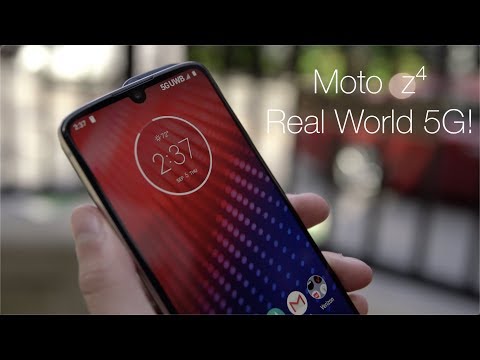 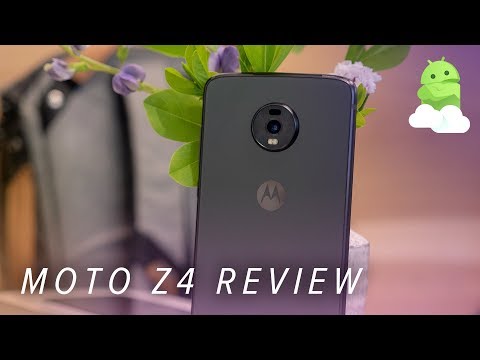 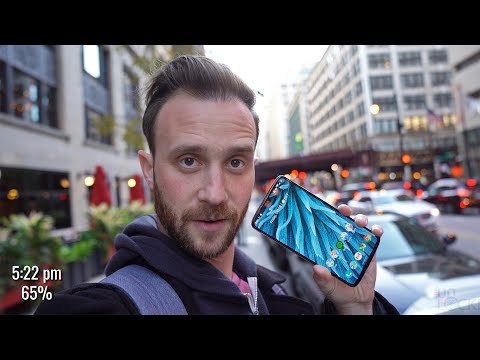 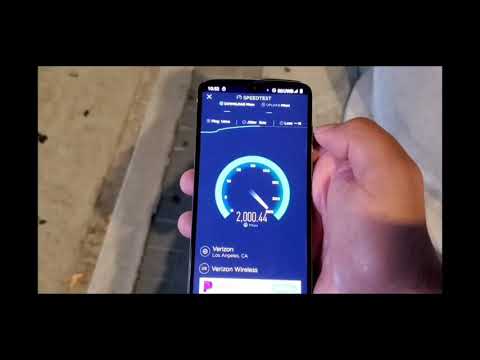 Information on This page may not be 100% accurate. For accurate information & complete Moto Z4 review and review visit Moto Official website.